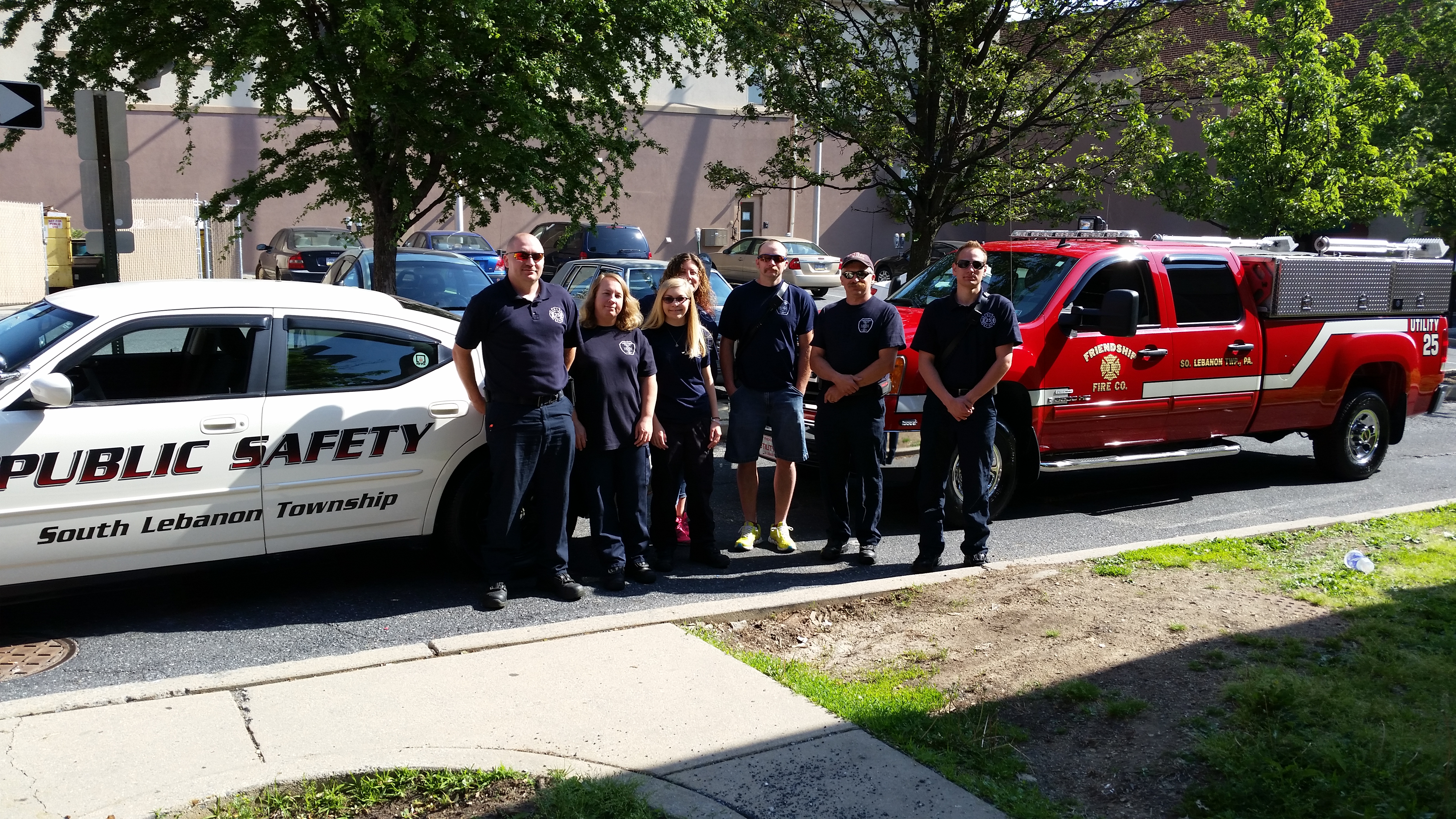 Founded in 1950 to fill the fire safety needs in the South Hills section of South Lebanon Township, the Friendship Fire Company began with a group of residents who held their first meeting in Adam Smith’s garage. Friendship deployed the first tank truck in Lebanon County. The firehouse is located at 610 S. Second Street.
Our volunteers work as a team to serve our neighbors.

Prescott Community Fire Company, 300 Prescott Road, was started in 1953. Its first equipment was housed at the Calcite Quarry and moved to the Prescott Firehouse in 1960. Members expanded that firehouse in 1979, adding a social hall.
When a blaze occurs we’re trained and ready.


The Fire Police assist with traffic control at fires and special events.

For more information you can go to http://fightsouthlebanonfires.org/.

Home
Contact Us ®
Recycling
Notify Me - Alerts®
Report a Concern
[]